Since then our providers and their patients have reported many forms of success using our unique and effective form of neurotherapy. Over 85% of people who have used the LENS have benefited significantly from it. Results can be seen quickly, often beginning within the first session, and are lasting.

1) Does not require conscious effort and attention to stimuli by the client.

2) Sessions last, on average, a few seconds to minutes each.

3) The number of sessions, on average, hovers around 11 necessary sessions.

What is Neurofeedback? What is LENS? Utilizing LENS Session Details 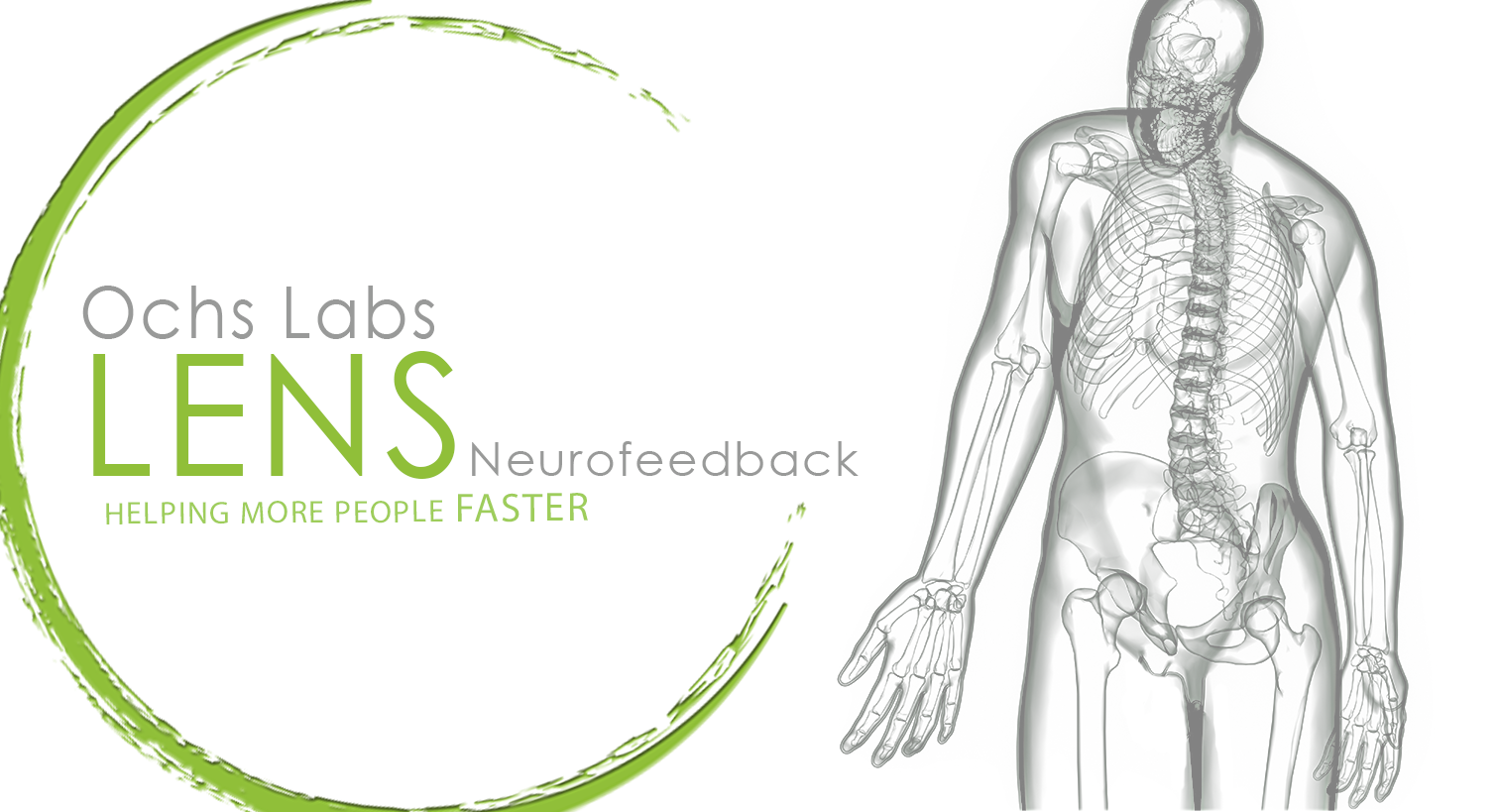 The LENS is a specific kind of neurofeedback that operates much more rapidly than “traditional neurofeedback” and has qualities that make it much easier to use with people who can’t sit still. With the LENS, the client doesn’t need to “do” anything, and there is nothing to learn. The typical session with the LENS lasts 3-4 minutes. This means that the LENS works well for people who either cannot or will not pay attention to a computer screen for longer time periods like in “traditional neurofeedback.”

Additionally, the LENS time frame for success is shorter with the number of sessions ranging from as few as 1 to an overall average number of sessions of 11. The LENS works well with problems of the Central Nervous System, which can be numerous. These include symptoms of anxiety-depression spectrum, attention deficits, behavior disorders, various sleep disorders, headaches and migraines, PMS and emotional disturbances. It is also useful for organic brain conditions such as seizures, the autism spectrum, and cerebral palsy. These are all signs of Central Nervous System dysfunction which result in the body’s difficulty regulating itself.

How does the LENS work?

We apply sensors to the scalp to capture brainwave activity, processing the signal by our computer software, and extracting information about the client’s brainwave frequencies. Through a patented process, we then bring this information back to the client’s brain through the sensors. The results are reduction and/or elimination of the symptoms which previously interfered with the client’s quality of life. The sessions are brief (usually 3-5 minutes), gentle (usually the client feels nothing during the session), and the changes are lasting with some exceptions.

It may be utilized as the primary modality, or as an adjunct to other therapies. Patients across the lifespan, from young children to older adults, have benefited from LENS.

What makes LENS different from other forms of neurofeedback?

Each client’s EEG signals are unique to them and constantly changing. The LENS measures these ever -changing signals of the client and matches the feedback to the client’s own physiological (neurological) fingerprint.

LENS does not require any focused attention, and the client does not need to do anything specific during the session. The sessions themselves last between a few seconds and a few minutes. Initial results are typically seen in 1-4 sessions, with the average number of sessions per client hovering around 11.

Over 30 years of experience…

Through our 3 decades of experience with the LENS, we have reached the point of having very high expectations for success in its application. In the normal course of events, LENS neurofeedback will be helpful for nearly everyone. Our brains are neuroplastic, created for cultivation, and are highly adaptable.

“In the last 17 years I have used 10 different neurofeedback systems. LENS is the most user friendly of the systems and produces the fastgest results, to the delight of my patients and myself. Many small children who struggle with or could not do traditional neurofeedback can easily be treated with LENS. It is the system I rely on. If there was a fire and I could only run out with one system, it would absolutely be the LENS. I highly recommend it. “

“Ultimately, LENS neurofeedback relaxes the mind and body to allow the person to become aware of and process the underlying issues supporting addictions; then the healing process can begin. I believe it’s the most efficient and effective way to do therapy.”

“I like the LENS because there are so many new ways in which it is used. Many changes have come about in the LENS software over the last five years, and I appreciate how the use of the LENS applications is continuing to be refined by Ochs Labs.”

“Life can become simpler with LENS. For example, a gentleman I am working with has felt a much greater sense of clarity, ability to focus and set goals, and has been able to take himself through feelings of weakness successfully. He also has a greater sense of self respect and more realistic expectations of himself in general. Overall, he has been able to sift through the multi-layered facets of addiction with relative ease, and I think this speaks to his support network, his thoughtfulness, intelligence and the LENS.”

“The results I’ve seen since using LENS with a wide range of clients (from emotionally handicapped children with ADHD, Fibromyalgia, anxiety, depression, the list is too long to enumerate) have far exceeded both my and my clients expectations! ”

“I was astounded by the power and effectiveness of the LENS. I use it both alone and in conjunction with psychotherapy with uniformly positive results. I love the increased therapeutic effectiveness that the LENS offers. Not only has it reinvigorated my passion for my work, it has also been the single best investment in my practice I have ever made.”

“I have been providing neurofeedback services for 14 years. Several years ago I acquired a LENS – to use along with my other units. To my complete surprise, I now use the LENS, and only the LENS, for about 70% of my clients, because it is more effective and efficient.”

All information, content, and material of this website are for informational purposes only and are not intended to serve as a substitute for the consultation, diagnosis, and/or medical treatment of a qualified physician or healthcare provider.